The world of marketing has intrigued me not because I have spent most my life in this profession and managed powerful global brands like Dettol, but I have got the opportunity to lead categories like Ceylon Tea when I served the Sri Lanka Tea Board for almost six years, Ceylon Cinnamon and Ceylon Blue Sapphire when I served as Chairman and subsequently as Board Director of the Sri Lanka Export Development Board.

Thereafter I got the chance of leading power brands like Sri Lanka Tourism which was more a global marketing assignment and then the top-of-the-mind retail brand Lanka Sathosa that went on to be voted number one at the Nielsen/SLIM People’s Awards. With such a diverse experience my pick for outstanding brand building initiatives in our part of the world is IPL. Let me give the logic.

The concept of selling cricket stars at a public money auction linked to the corporate world of India and Bollywood can be termed shrewd but this start by Lalith Modi has gone on to catch the world. In just 10 years the brand is worth $ 5.3 billion and within the top 10 brands of India.

Just like any other start-up the man who saw the future is no more in the company but Lalith Modi from the sidelines is giving definition to the brand with statements like “IPL will be more valuable than Manchester United,” which are absolute classics from the originator. Let me zoom into the 2018 edition and the lessons for corporate Sri Lanka.

When the 2018 edition IPL auction was done and dusted the Chennai Super Kings was lugged with nine cricketers over 30 years old. Given the intensity of the game and fast pace that it has to move, many had written off the team as too old. But the captain, Dhoni, being an exceptional leader had other plans as his ethos was ‘age is only a number’. The team went on to beat the entrenched competitive young teams and won the converted 2018 IPL edition.

Lesson for SL: Whilst the ethos today is to bring young blood into corporate Sri Lanka, given the ageing population and unemployment is at just 4%, we will have to work on the premise ‘age is only a number’. The difference will be how the leadership can accept the reality and lead the team to achieve objectives.

Having worked in India for almost three years, a statement that caught my attention was when at the post-match press conference Dhoni made a statement, “we followed process”. His basic argument was that irrespective of the score the Chennai Super Kings were chasing, the team was expected to follow the process in batting, fielding and bowling which took away the pressure and stress out of the team.

Lesson for SL: The same applies to the corporate world. When it comes to running a company starting from the demand forecasting process to supply chain planning leading to financial stack up is the most efficient way to keep the organisation stable in times like this where consumption has dropped by almost 12% for the fifth quarter in succession since 2017. It is true that check returns are increasing whilst macro stability is very fragile. We all accept but in this background a strong ‘SNOP’ system must be adhered to survive in today’s organisation.

An interesting argument. Just like in office captain Dhoni mentioned that one of the key reasons for the victory by Chennai Super Kings was due to the fact that everyone knew what their roles and responsibilities irrespective of the circumstances they were up against. As the leader he acknowledged that personalities like Watson would not recover in health as fast as youngsters given the T20 format. But, he said “we must accept this reality and work around this limitation,” which is what he did and his side went on to win.

Lesson for SL: Good leaders do not stretch all employees in the same manner. Some need that space to perform. Where is important is to be clear on the roles each member takes and assign responsibilities so that leading the company is scientific.

An interesting comment by champion captain Dhoni. He said the task of the coach is not only focusing on the skill but ensuring that the environment is conducive for players to enjoy the game. The very words Dhoni mentioned was “a happy team can bring happy results” and they did by winning the 2018 edition.

Lesson for SL: Whilst the current purchasing power of a household in Sri Lanka is weak in the backdrop of a country GDP growth of 3.1%, if the leader of the company can bring in a spirit of performance which is accepted may be the end result can be more pleasant. Interesting argument that must be tested by corporate Sri Lanka. The logic sure make sense.

5) Accept the weakness of a player

At the post-match interview, Captain Dhoni mentioned that you cannot expect over 35-year-olds like Watson or Bravo not being able to stop a sharp single. But the reality had to be understood and appropriate fallback was set in motion. Watson went on to win the best batsman even though he may have had issues on the other areas of the game.

Lesson for SL: Once you identify a weakness of a team member decide if it is in the DNA. If so, all the training in the world will not bring in a change of behaviour. Work around it is the name of the game. 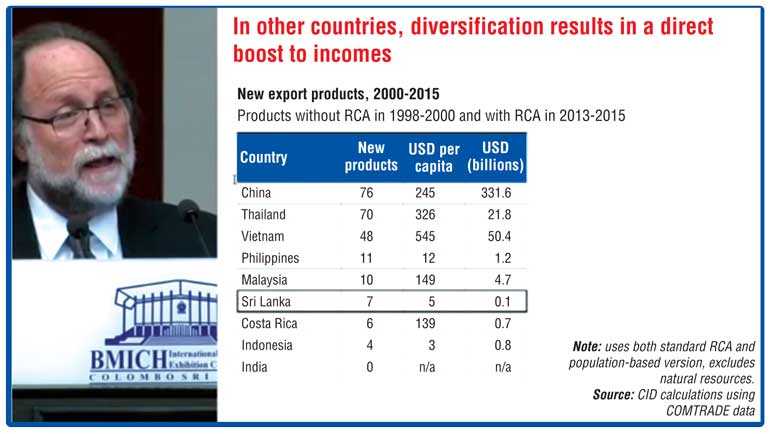 Even though Rajasthan Royals has dumped Shane Watson from the team this season, it was Chennai Super Kings who picked the personality on the second round. Dhoni believed in the talent when others and succumbed. Lesson for SL: In business too, there are times we must pick the winners even though they have been dropped by other companies. Whilst we can be loyal to the personality who selected such employees, what is more important is to understand the logic of the selection and then being honest with the employee, so that they can correct behaviour and perform. There are many such case studies in the corporate world.

7) Rasheed was the find

Whilst there were interesting performances by different players, to my mind the find was from the back of beyond cricketing nation Afghanistan that produced the amazingly talented Rasheed Khan. He singlehandedly carried the team to the final. Dhoni accepted the talent and said he would have a great future.

Lesson for SL: It’s important to find the Rasheeds of our company and reward them whilst being ethical in the dealing. The Rasheeds of the world will emerge. In today’s world it is performance over reputation. Identify the performers and direct them for stronger results. 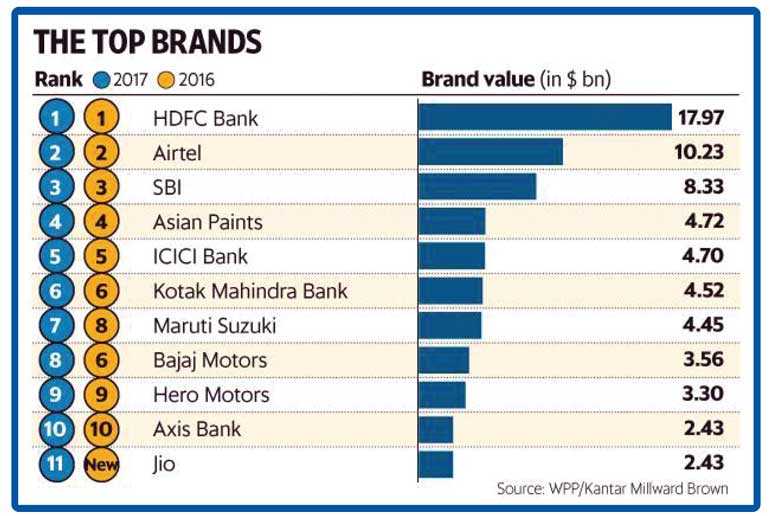 Whilst many of us do not believe in superstition, Captain Dhoni does. He said the lucky 7 was seen in the different permutations of the Chennai Super Kings.  Lessons for SL: Maybe it’s important to understand the implications of this revelation and the link to business. Though personally I don’t believe in superstition the fact of the matter is many people in Sri Lanka do.

Whilst the world was celebrating the Chennai Super Kings victory, the owners was speculating what the value of IPL would be in 2018 given that currently, the brand had hit $ 5.2 billion. Media was highlighting that BCCI is sitting on an asset which is worth $ 6 billion in 2018 and what will be the value of brand Chennai Super Kings and the commercial world will exploit such opportunities for branding and may be even divestment.

Lesson for SL: Whilst the world is moving fast we must remember that we must not hold on to an asset but at the right time divest it before it becomes a liability. I guess to sell of the two leading hotel properties in the city by a conglomerate may be a good idea given the new hotels coming in within the next two years.

When Lalith Modi decided to commercialise the 20/20 cricket by launching the IPL brand 10 years back he believed that nothing was as powerful as an idea that the time had come. He passionately drove the idea when a few actually believed it. Today this is a $ 5.3 billion brand. One of the success stories the world has seen as a start-up.

Around three years into the championship, I still remember the day when it was announced that IPL could not be staged in India due to the Indian election. Modi took the high ground and said, “I am going to export this product to another market.” The event that was staged in South Africa was a masterpiece. It was an Indian-African mix that attracted the President of South Africa to be the Chief Guest at the final which tells us how hard this single idea was conceived and driven to.

Lesson to SL: Things will never be perfect but what is required is to grab the opportunities in the market place as it emerges. The best example in time is brands like Cloguard that has entered the market when the market was very volatile during the war times but today it’s one of the most powerful brands in Sri Lanka.

It may sound a whipped concept but the reality is that IPL just like any other consumer brand is targeting your own brother or sister. They are your consumer. They are your eyeballs. When it came to the IPL the competitors were the target consumers spending two hours at the gym working out, a group of friends enjoying an evening drink at a club or watching that favourite TV program at home. Hence, the only way to lure them was to provide a carnival atmosphere with music, dancers and excitement with ruthless competitiveness that helped attract 40,000 eyeballs.

If we track back Lalith Modi got the best talent to back him. Be it Shah Ruk Khan or Preity Zinta or Mahendra Dhoni at 1.5 million dollars, or the best young lifestyle TV presenters to be the voice for IPL. The franchisees were sold to focus on the 10-12 year olds as they will be the target consumers of tomorrow and they also have the power to influence the family. The brand will have a revenue turnover of over 1.6 billion dollars in the next ten years which is the strength of the demand pull.

Lesson to SL: The best parallel to me in Sri Lanka is Cargills that has revolutionised the shopping experience with its ‘Food City’ brand. It now has a set of farmers who are part of the extended community. The case in point of value chain development.

A key success factor at IPL was that big names did not count. All that matters was performance. In fact there were many instances where the top names of cricket were spectators. The winners were those with the right attitude with skill. Age was also not a barrier. Shane Warne proved it by being selected as the most valued player in season one.

Lesson to SL: My pick from the corporate brands is Venival Soap. The herbal brand took away the consumers of the powerful beauty soaps which indicates that a Sri Lankan consumer also picks brands that perform and not just on past reputation.

IPL is a case study of modern day marketing where guerrilla techniques of business work. But more importantly it tells us that with focus even with a two-year-toddler a $ 5.3 billion brand can be built.